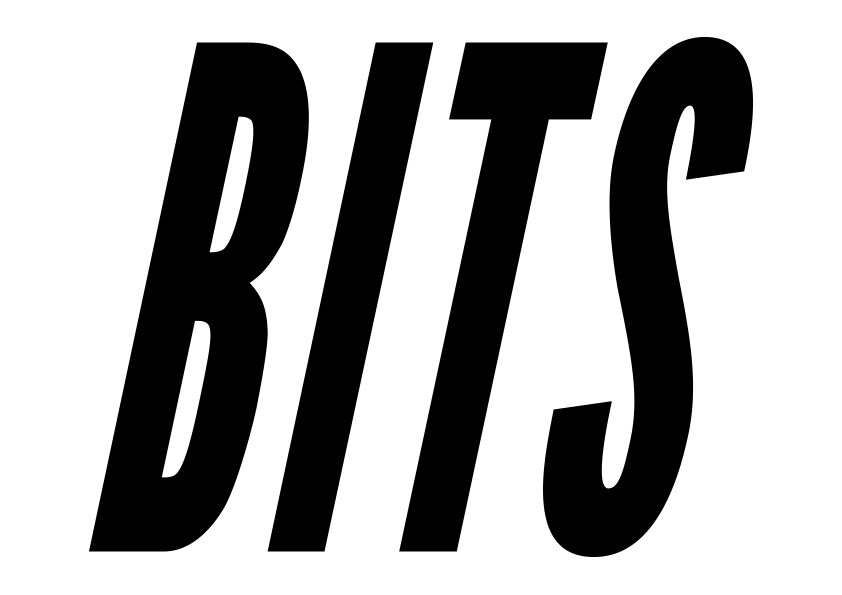 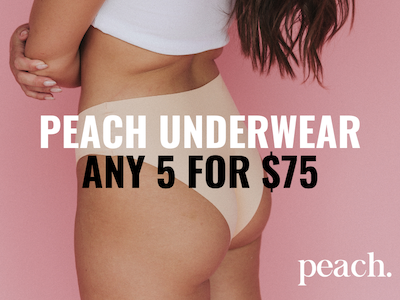 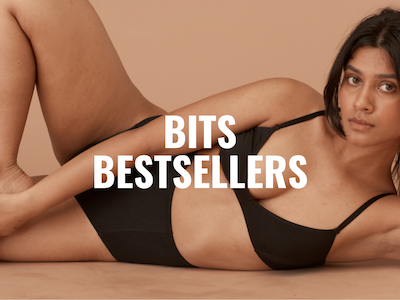 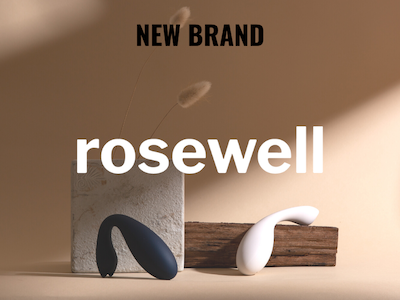 ‹ back
Home
Blog
BOOBS
BOOBS AND BABIES (AND THE BITS IN BETWEEN).

BOOBS AND BABIES (AND THE BITS IN BETWEEN). 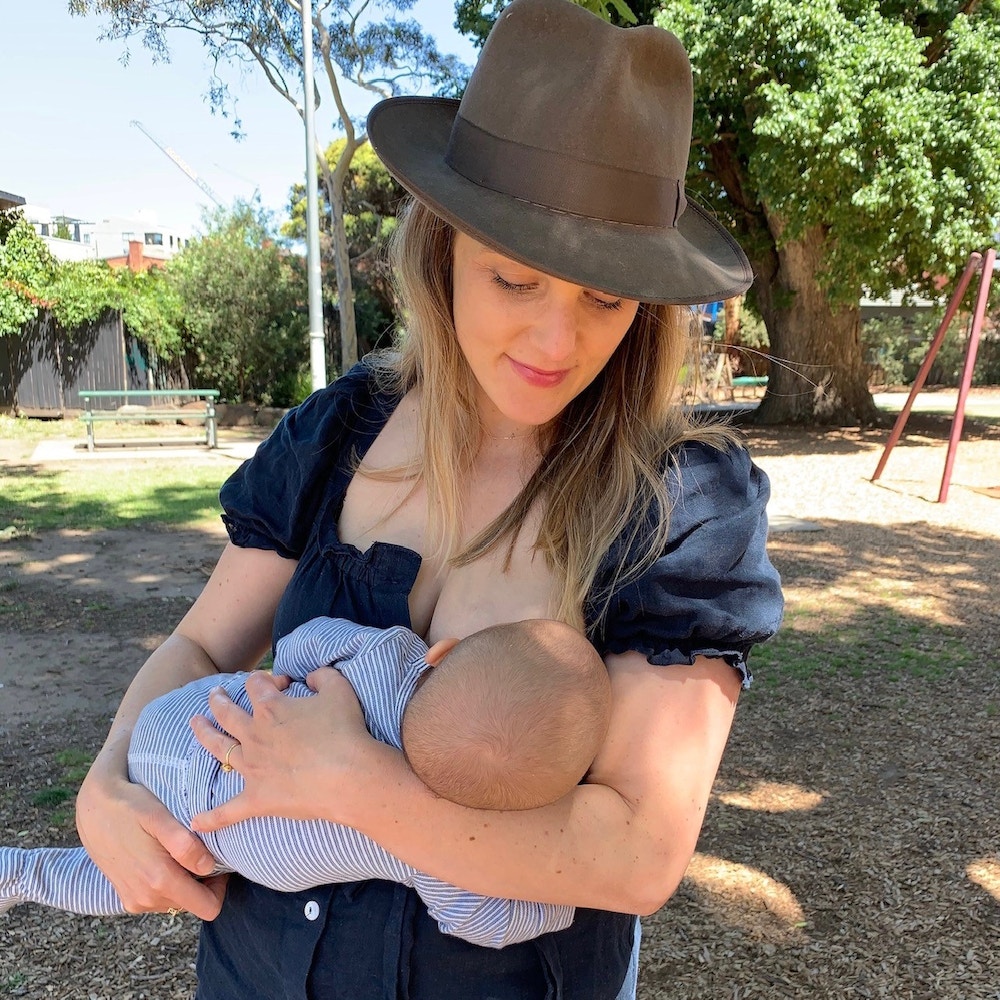 The relationship with one's boobs typically starts at an early age.

Whether it’s learning what they are, being taught to keep them covered up (the way society likes them) or re-learning how to run or sleep with a newly acquired set, chances are, whatever your journey, you may not have talked about it much.

More likely than not, you don’t know much about the boobs of your family or friends either. The changes our boobs endure are often left unspoken (like the fact that your nipples might double in size - or deepen in colour - whilst pregnant).

We asked Sarah Tarca (co-founder of weekly beauty memo Gloss etc and mum to Yuki and Miko), to share a bit about her relationship with her boobs, and how breastfeeding has changed the way she look at, and thinks about, them. 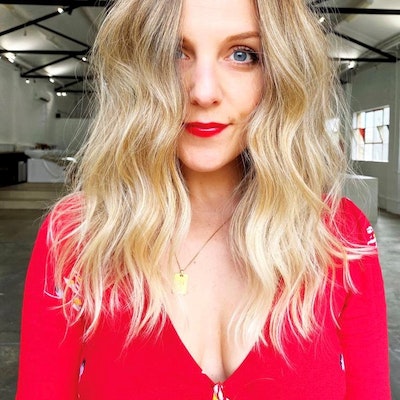 When was the last time you thought about your boobs? Like, actually considered them for more than the seconds it takes to squish them into your bra? Yeah, me either. Until the ladies here at Bits asked me to write this blog, and it got me thinking about my girls and all the stages we’ve been through together…

The first stage: DENIAL
Want to hear a joke? I was a tomboy until I 14. Sport was my life, and I played six nights a week competitively. Boobs were an inconvenience for such things, and I spent most of my tween life in so-tight-could-barely-breathe crop tops trying to disguise the fact that my boobs even existed.

The second stage: ANGER
Then I entered teenager-dom and RIP to sporty Sarah. Now that it was socially acceptable to have boobs, I wanted MORE of them. “Why won’t you grow? Why are you a weird shape? Why do you hang funny?” These were NOT the boobs I signed up for. I got fitted for my first bra and puffed my chest out hoping it would add a cup size. Ahh, nope. I then consoled myself by buying the cutest bra I could find: a super-practical red-and-white seersucker number, because if they weren’t big, at least people would know I had big enough boobs to wear a bra (the greatest accolade for any year eight). I loved that bra. HARD. I wore it until the hook and eyes fell out and the underwire cut into my underarms.

The third stage: DENIAL
Next I was in my 20s and settled into a C cup, which swung between modest and in-your-face depending on my weight. I started my first real job in the glossy halls of Cosmopolitan Mag, at a time when everyone had just discovered Wonderbra, and every single cover star had cleavage, no matter if they were an A or a D cup. No boobs? No worries! There was a chicken fillet or some carefully placed gaffa tape for that. Everyone was in denial of their actual cup size, and I’m pretty sure no one even knew what their real size was. If it wasn’t “up and out” it didn’t exist.

The fourth stage: NEGLECT
And then I was at Girlfriend Magazine. Reliving my teenage years through the lens of a twenty-something, with only slightly less angst. Had I accepted my cups? Meh. For the most part I simply ignored them. Pretended they didn’t exist. As I got more into fashion that neglect turned into a kind of resentment. Not big enough to be a statement, not small enough for clothes to sit nicely. Drapey clothes, oversized tees, they all just hung off them, making me look bigger than I was. Backless was cute, but they were too big to go without a bra. I was in boob no-mans-land. 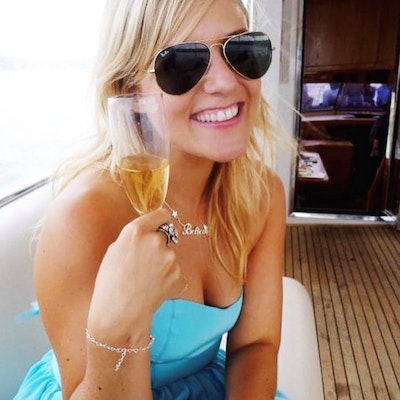 The fifth stage: SHOCK
There I was, happily ignoring my bust until one day, inexplicably they started aching. Overnight they went up one, maybe one-and-a-half cup sizes, and they hurt. Like, ached by just hanging there. Naturally, I immediately thought the worst: obviously I was dying. Um, not quite. On the contrary I was growing life. Pregnant. My boobs ballooned immediately, expanding almost by the month, at a rate faster than my belly. “Just wait until you breastfeed” they said, “they’ll get huge,” and I’d laugh, hysterically because this was not possible. I already on verge of DD land. And then my son was born and then milk came in and holy macaroni they legit had their own postcode. A mess and hurty and drippy postcode, and there was also a little milk vampire permanently attached to them, and by god that was WEIRD. But it also led me to the next stage…

The sixth stage: ACCEPTANCE
Breast-feeding is the most unnatural “natural” thing in the world. Sure, our boobs are designed to do it, but it’s just damn strange to have a creature hanging off you for hours a day. It’s a unique, and imperfect journey fraught with all the emotions. Even when you’re blessed with a good flow and a baby with a good latch, the emotions that come with breast-feeding, the oxytocin coursing through your body, it can feel like the emotions pouring out of your body (and into hungry mouths).

But still, here’s where I leveled with my boobs. They weren’t just a source of angst, something that I could curse and squish and lift and ignore. Suddenly they had purpose. And a pretty cool one at that. Yes, I knew that it would probably leave them like sad, empty balloons afterwards, but I was feeding my child. From my body. He was getting everything he needed from those sad little not-so-fun-anymore bags, and it was high time that I started giving them the props they deserve. 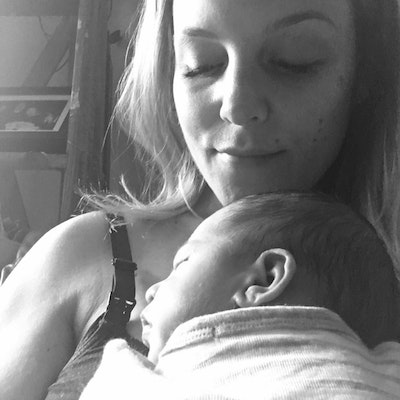 They were magical. They were imperfect. They were life giving. And they were mine - well at least they were time-shared with my son. Since then, I’ve taken extra care of the old girls. I always make sure they have nice clothes – especially in postpartum when everything is gross and messy – buying nice feeding bras can give you some of that old-you self confidence (I currently have this one by Triumph and this one by Ripe Maternity on rotation). I make sure they’re moisturised (seriously, I put body oil on them daily… they are an extension of your face after all). And I just, you know, look after them.

They’re now on their third owner (my second son, Miko) and I’m proud of them. And kind of proud of me too. We’ve traveled a long way to get to the land of acceptance, but it’s kind of nice here – I give it a solid five stars for the warm and fuzzies – so I reckon I’ll stay. Because kids or not, it’s pretty damn cool what our bodies are capable of, so I don’t know, maybe you should swing past here sometime. I’ll be here, waiting with a supportive (but cute) bra in hand. 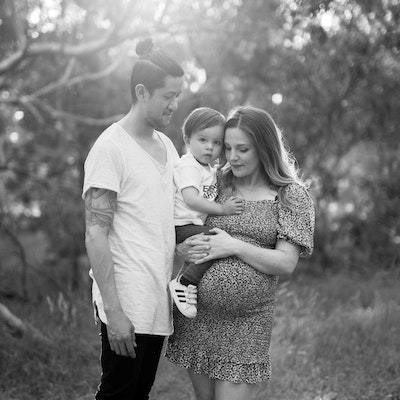 (Pic: Sarah and partner Phil with son Yuki, whilst pregnant with Miko.)

Sarah Tarca is best known for her beauty swiping and writing. She was the former Beauty Director of Marie Claire amd Editor of Girlfriend Magazine, and more recently is a regular contributor to Body & Soul, Broadsheet, Eleanor Pendleton’s Gritty Pretty, and Garance Doré’s US site, Doré.

She’s now the co-founder of Gloss etc, a beauty mag-in-an-email, delivered straight to your inbox. You can follow Sarah here or sign up for your (free) dose of beauty over at gloss etc. or follow the brand on insta here. 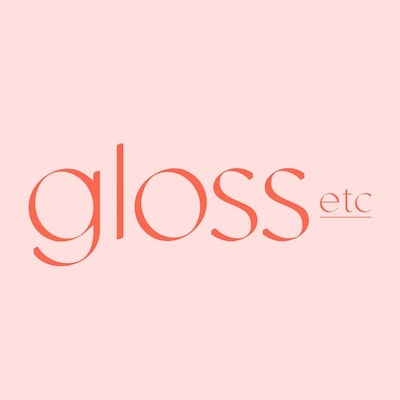 BITS acknowledges the traditional custodians of the land on which we live, learn and work, and pays respect to their Elders past, present, and emerging, and to all Aboriginal and Torres Strait Islander peoples.